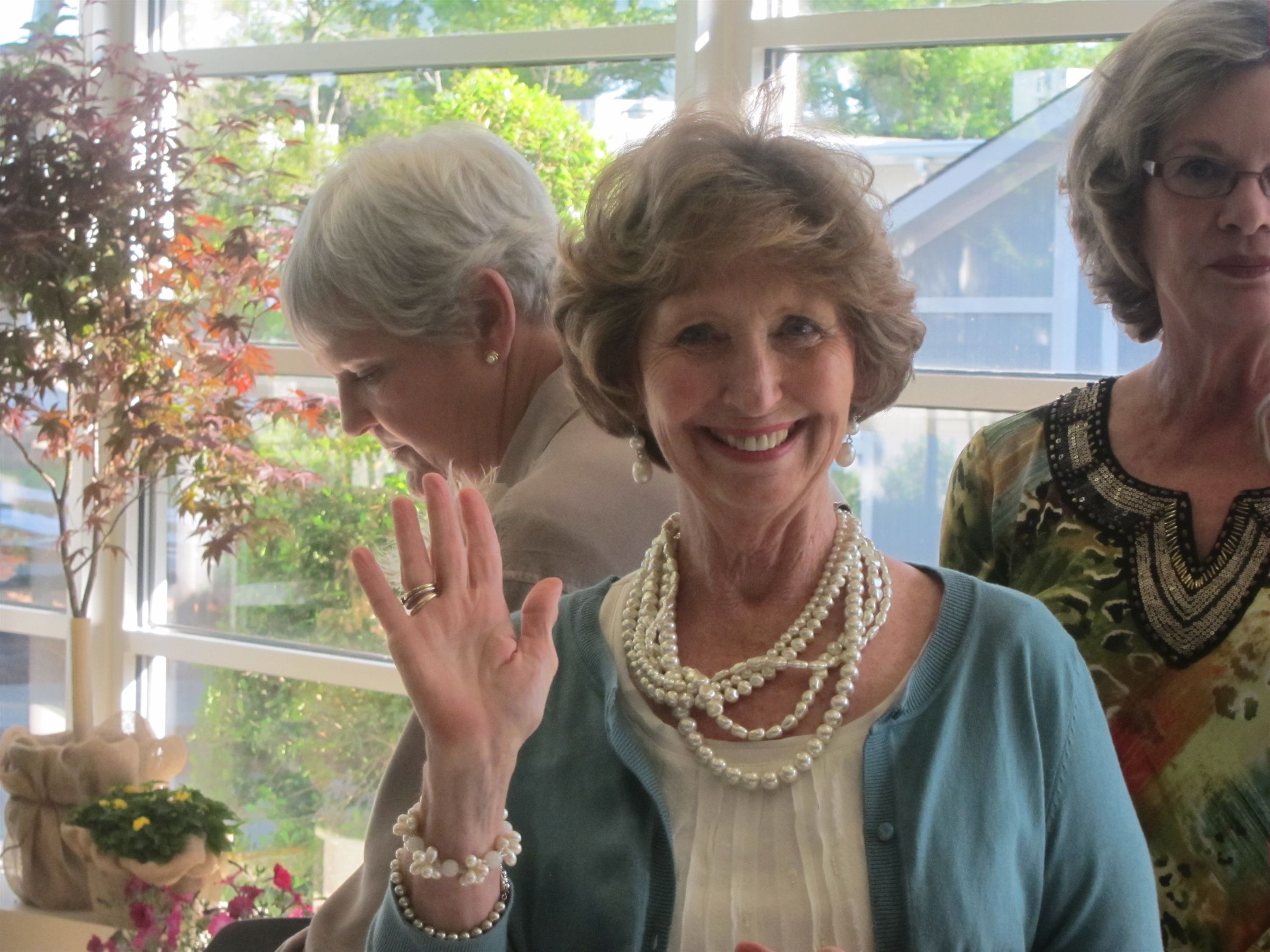 It is with great sadness that we share the news that Patty Mozley, one of the most beloved and instrumental figures in the history of The Walker School, passed away on Thursday, December 30, with her loving nieces at her side.

It is hard to put into words the impact Patty had on The Walker School over her 43-year tenure, first as an educator and then as Director of Admission, until her retirement in 2012. There is hardly a program or person at Walker that hasn’t benefited from Patty’s love, encouragement, or support. Her exuberant spirit, beautiful smile, and warm hugs are precious memories held by the thousands of Walker students she made an impact on.

Patty joined the faculty as a third-grade teacher in 1969 when Walker was still known as St. James Day School, a small PK-8th grade private school that was part of St. James Episcopal Church on Marietta Square. For the next 17 years, from her bright and cheerful classroom, she inspired and encouraged hundreds of Lower School students to uncover their love of learning. A natural and intuitive teacher, Patty had a gift for making her students feel special and worked tirelessly to see that each student reached their full potential.

Patty believed strongly that the arts, particularly performing on stage, played a key role in developing and building self-confidence and enhancing a student’s overall education. In 1973, Patty wrote, choreographed and directed Walker’s first Lower School Spring Play, titled “Happiness is a Trip to Disneyland.” Her work served as the spark for what would become Walker’s exceptional performing and fine arts program.  The Patty Mozley Studio Theatre was dedicated in her honor for her decades of service and support of the arts at Walker.

In 1985, she was named as the school’s first Director of Admissions, a role she would hold for over a quarter-century. “Patty was personally responsible for the incredible level of growth and development the school experienced from the mid-1980s through her retirement in 2012,” said Don Robertson, who served as Head of School for 26 years. “She gave unselfishly of her time and effort to see that each applicant and his or her family felt valued and important.”

It was not uncommon to see current students run down the hall to give Patty a hug when she was leading a tour for a prospective family.

In addition to the care and attention she gave all Walker students, Patty was a dedicated leader who believed in giving back to the community. She chaired Cobb County Theater steering committee, served with Cobb Youth Leadership and on the boards of the Tommy Nobis Center and Cobb Energy Center Education Advisory and twice served as chair of the American Heart Association Ball. Patty gave tirelessly of her time to help others, serving as a volunteer counselor at the YWCA Rape Crisis Center, a Sunday School teacher, retreat leader and youth advisor at First United Methodist Church (FUMC) and First Presbyterian Church in Marietta as well as an active member of both the Kiwanis Club and the Junior League of Cobb Marietta.  Patty’s love of education and children transcended language and culture. In her retirement, she led multiple mission trips from Marietta FUMC to Peru and the former Soviet Republic of Georgia where she helped build schools, libraries and led seminars for Russian educators.

Our hearts go out to Patty’s entire family – especially her niece Erin Sinclair (David), her great-niece Kate Sinclair and great-nephew Henry Sinclair, both of whom are students at Walker; and of course the thousands of Walker alumni, families and faculty members that loved her dearly. If you would like to leave a memory or story about Patty and what she meant to you please click go to thewalkerschool.org/patty.

As additional information is available from the family about a service and memorial, we will be sure to pass it along to the Walker community.
The Walker School is a private, co-ed day school offering opportunities in academics, arts, and athletics for preschool, elementary, middle, and high school students in Metro Atlanta.